Born and raised in Tbilisi, Georgian pianist Nino Gvetadze leads an active international music life as a soloist and a chamber musician. Her performances have been praised by many critics throughout the Europe and Asia. Nino received various awards, the most important were the Second Prize, Press Prize and Audience Award at the International Franz Liszt Piano Competition 2008. She became the winner of prestigious Borletti-Buitoni Trust Award in 2010. Nino will be the artistic director of the Delft Chamber Music Festival as of 2021.

Nino has performed with many outstanding conductors such as Michel Plasson, Yannick Nézet-Séguin, Michel Tabachnik, John Axelrod and Jaap van Zweden and with orchestras such as the Rotterdam, Brussels, Warsaw, Seoul and Netherlands Philharmonic, Bergische and the Rheinische Philharmonie, Münchner Symphoniker, North Netherlands and Residentie Orchestra amongst others. She toured with the Mahler Chamber Orchestra, Kammerakademie Potsdam, Netherlands Youth Orchestra and Amsterdam Sinfonietta.

In recital as well as in chamber music settings Nino has performed all over the world, among others in Hannover (PRO MUSICA Preisträger am Klavier-Zyklus), Bayreuth, Herkulessaal and Prinzregententheater Munich, with Jean-Yves Thibaudet at the Spoleto Festival, Lucerne Piano Festival, Bunka-kaikan Hall Tokyo, Kuhrhaus Wiesbaden, the Festival Piano aux Jacobins (Toulouse), Kuhmo Chamber Music Festival (Finland), Wigmore Hall London and Tonhalle Zurich.  In the Netherlands Nino is a regular guest at the most prestigious concert venues, among those Concertgebouw Amsterdam, Muziekgebouw Eindhoven, Vredenburg Utrecht.

Nino is a Challenge Classics artist. Her first CD on this label “Ghosts", includes the 24 Préludes of Frederic Chopin. It has been praised by many critics and was long listed by „Preis der Deutschen Schallplattenkritik".  The album "Ghosts" was presented with recitals in the Benelux and Germany. Four of Nino's previous highly appreciated CDs, were released by following labels: piano works by Mussorgsky (Brilliant Classics), Rachmaninoff Preludes op 23 and op 32 (Etcetera), “Debussy” with the Préludes book I, Estampes and Claire de Lune (Orchid) and “Widmung” with Liszt piano works (Orchid). The Debussy CD was editor’s choice of the International Record Review magazine Nino’s most recent CD “Visions” dedicated to English composer Cyril Scott was highly acclaimed and listed by two major newspapers in the Netherlands Volkskrant and Het Parool, among the best recordings of 2019!

In Tbilisi Nino Gvetadze studied with Veronika Tumanishvili, Nodar Gabunia and Nana Khubutia. After her graduation Nino moved to the Netherlands to study with Paul Komen and Jan Wijn. Since 2008 Nino performs in a piano trio together with her colleagues Frederieke Saeijs and Maja Bogdanovic. Nino Gvetadze is a cofounder and Artistic Director of the Naarden International Piano Festival. 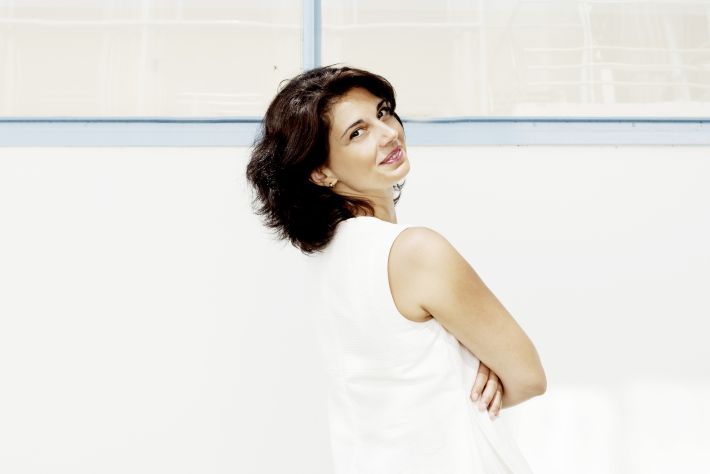