When you choose to be a musician, an artist, does it mean, that serving the most idealistic of the muses, takes you away from being the citizen of your country? Or does it mean that - having a special, musical power at your hand - one could say and express even more and reach a bigger audience with the universal language of music?

Poland has a difficult history. The country hardly knew peace and quiet and strived for independence for centuries. Among many of Polish patriots, serving the country, there were two musicians: Frederic Chopin and Ignaz Paderewski.

Chopin left Poland when he was almost 20 years old to follow his musical dreams, but Poland never left his soul or music. Writing to his family and striving to join the battles against the Russian army, he was persuaded to serve the country with his music, as he did, through the uprising, revolutionary spirit and nostalgic intonation throughout his works. While on his deathbed, he asked his sister to take his heart and bury it in Warsaw, which she did, smuggling it passed the Russian authorities under the layers of her dress and it lies until today among the pillars of the Holy Cross Church in Warsaw.

Nino Gvetadze got to know Paderewski from the Chopin scores, that were edited by him, from which she would practice and learn Chopin’s Etudes, Concertos and many other works. Only later she found out, that he was an extraordinary pianist and composer and at the same time diplomat, a spokesman for Polish independence and served the country as a Prime Minister during which he signed the Treaty of Versailles, that ended First World War. As a diplomat he served his homeland, as a musician he encouraged the new composers, launching the fund supporting the young generation and toured the world with concerts including his own compositions where he evoked a romantic image of Poland. Chopin and Paderewski were both musicians, but there were also great patriots and proud citizens of their dear Homeland.

Tickets € 35 incl. a drink before the concert 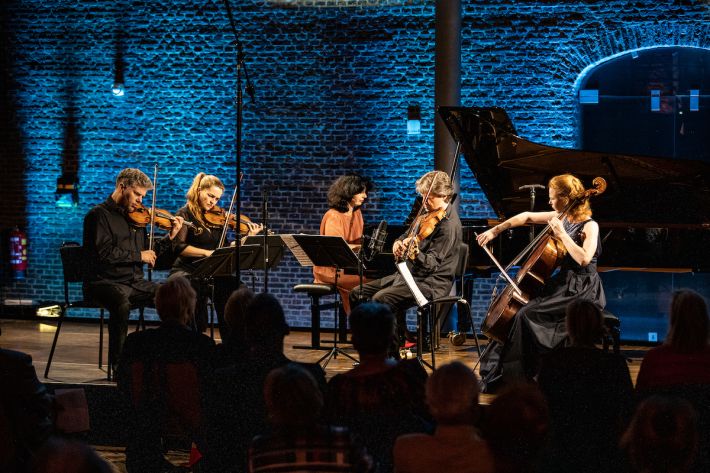