Born in Nice, Olivier studied oboe and theory at the Conservatoire National Supérieur de Musique in Paris (2009-2014). He is currently Professor of Oboe at the Royal College of Music. In 2015 Olivier was appointed principal oboe of the London Symphony Orchestra.

Sought after as a soloist, chamber musician and teacher, Olivier has performed widely in Europe, Japan and the USA. Highlights include recitals at Wigmore Hall, Snape Maltings, the Louvre in Paris, Festspiele Mecklenburg-Vorpommern, the Isabella Gardner Museum in Boston, Merkin Concert Hall and Morgan Library in New York.

As soloist he has appeared with the Tokyo Sinfonietta at Suntory Hall, l’Orchestre National de France broadcast by France Musique, Orchestre de Lille, Orchestre National du Capitole Toulouse, London Mozart Players and the Pro Arte Orchestra in Hong Kong, among many others. In 2019 he recorded the Mozart Concerto with the LSO, and premiered a new concerto commission by Laurent Durupt in Paris and London.

Engagements in 2021 include his debut for the Phillips Collection in Washington D.C. with a new commission by Benjamin Attahir and recitals at Wigmore Hall with Alasdair Beatson (broadcast by BBC Radio 3), and with Stephen Hough. His recording at Queen’s Hall in Edinburgh for Delphian Records has just been released.  In 2022 he returns to Japan as soloist.

Olivier won 1st Prize at the 10th International oboe competition of Japan, held by the Sony Music Foundation, the YCA auditions in Leipzig and New York, and in 2016 was a prize-winner at the YCAT International Auditions in London. 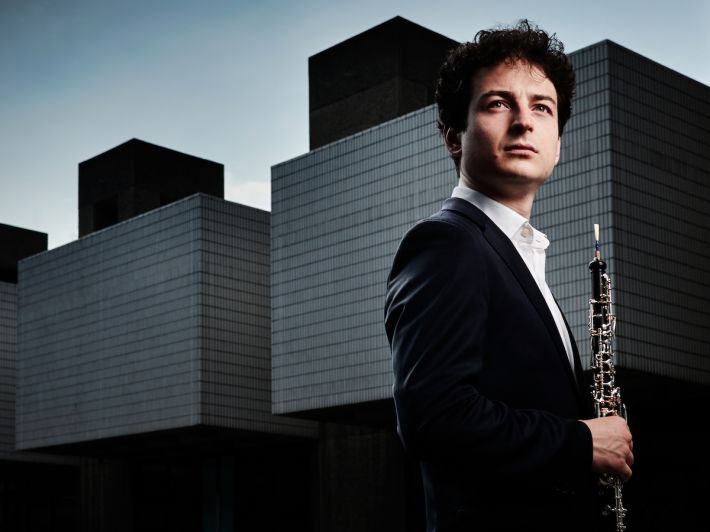