Violaist Mikhail Zemtsov was born in Russia in 1969 and received his first violin lessons at the age of 5 from his mother Ludmila Levinson. He then studied viola, composition and conducting at the conservatories of Moscow, Hamburg, Maastricht and Vilnius with, among others, G. Odinets, B. Dinerstein and M. Kugel (viola), T. Tchudova (composition) and Juozas Domarkas (Master Orchestral Conducting). He took lessons and masterclasses in conducting with Lev Markiz, Gianandrea Noseda, Neeme and Paavo Jarvi, Laurence Foster and Daniel Raiskin. Mikhail is prize winner of the “1st International Viola Competition” in Vienna and “Elisa Mayer Competition” in Hamburg.

He has recorded dozens of CDs for Chandos, Naxos and Sony Masterworks, among others, and has taken part in numerous radio and television recordings. Mikhail regularly plays with Dutch guitarist Enno Voorhorst (Duo Macondo) and he is the violist of the Utrecht String Quartet. Together with his wife Julia, brother Alexander and daughter Dana, he founded the Zemtsov Viola Quartet; the quartet organizes the Zemtsov Viola Masterclass three times a year.

Mikhail is conductor of the Young Talent Symphony Orchestra of Codarts/Hellendaal (Rotterdam). He has regularly worked as a conductor with the Utrecht Conservatory Strings, the Atheneum Chamber Orchestra and the symphoni orchestras of the conservatories of The Hague and Rotterdam. Mikhail also taught at the Kurt Thomas Course in the Utrecht conservatory (orchestral conducting for choir conductors). Mikhail has appeared as guest conductor with orchestras in Belgium (including with I Solisti di Vento), Spain, Italy and Latin America, he has worked with soloists such as Janine Jansen, Dmitri Makhtin, Atar Arad, Gavriel Lipkind, the Malibran Quartet.

In the new light

In the new light (rerun)

LIVESTREAM In the new light 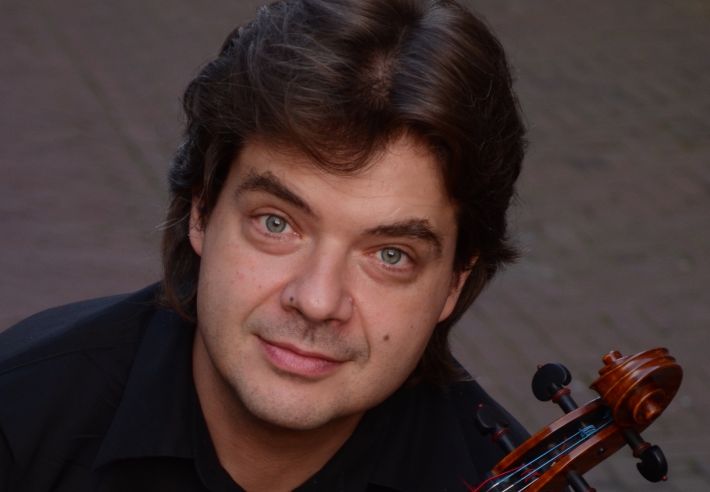