Founded in 2000, L’Arpeggiata is an outstanding ensemble directed by Christina Pluhar. Its members are some of today’s best soloists and in addition they work in collaboration with some exceptional singers from the baroque and the traditional music worlds. Their aim is to revive an almost unknown repertoire and to focus their artistic work especially from the beginning of the 17th century.

Since its foundation L’Arpeggiata has had an incredible response from the audience as well as from the critics: they have received outstanding reviews for their albums and concerts. Their album Teatro d’amore music by Claudio Monteverdi and the participation with the singers Philippe Jaroussky and Nuria Rial, has been awarded with the Edison classic price in Holland in 2010. 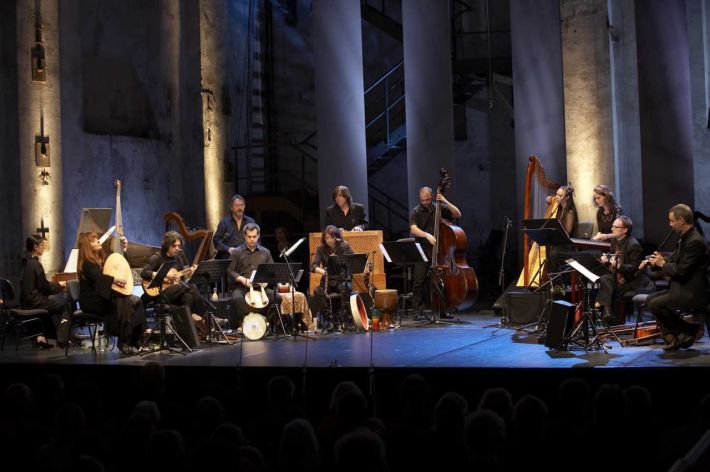